“The Long Road to the Hall of Fame” takes viewers on an entertaining journey with the King brothers — Malik Farrakhan and Charles King — featured in the Pro Football Hall of Fame as the first African American siblings to play pro football together.

The film documents the life and evolution of Tony King (now known as Malik Farrakhan) from the streets of Alliance to the NFL to starring in major Hollywood films like “The Godfather,” “Sparkle,” “Sharky’s Machine” and “Shaft,” among others, to currently traveling worldwide as head of security for Rock and Roll Hall of Fame rap group Public Enemy.

The film became a passion project of director Reda Zine after meeting Farrakhan and discovering his story following a Public Enemy show in Europe.

Here, Zine chats about the challenges he faced and surprises he uncovered while making “The Long Road to the Hall of Fame.” The film will be screened Saturday, April 29, at 4:30 p.m. as part of the Canton Film Fest. 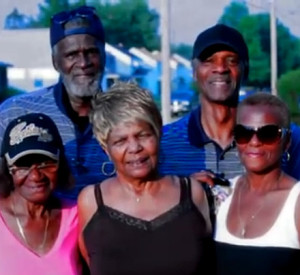